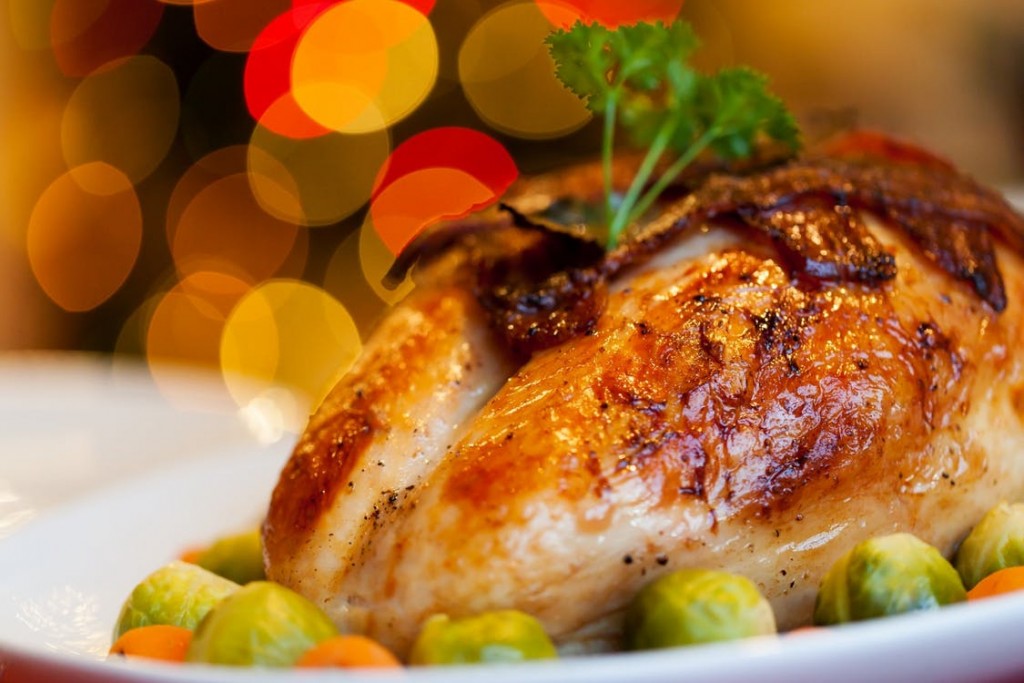 A Thanksgiving Diet For Your Kitchen Sink

Thanksgiving is right around the corner, and soon enough you’ll be busying yourself in the kitchen with chopping, grating, and slicing. However, with the big preparation comes the inevitable cleanup. The easy solution: ditch it in the garbage disposal, right? Not necessarily. Just like your guests, your garbage disposal comes with its list of dietary requirements.

Tip Number One: Meat Is Good For The Body, But Bad For the Sink

Since the Thanksgiving dinner mostly centers around the turkey, we thought we’d get right into it and discuss whether meat is okay for your garbage disposal. Whether you’re eating turkey, chicken, pork, or Cornish hen, it’s all the same: meat in large quantities should head to the garbage bin, not the sink. Although small scraps left over from a plate are mostly okay, meat—especially greasy meat—can both dull the blades and become stringy, eventually wrapping around them. Bones should also be put right in the garbage can, and never down the drain.

Tip Number Two: Not All Vegetables Are Made The Same

Many vegetables are fine to go into the garbage disposal, but there are some that will damage the blades or clog the drain. Bad news for your Thanksgiving dinner vegetables: potatoes, asparagus, corn husks, celery, and Brussels sprouts aren’t good for the drain. Potatoes—including the skins—and other starchy foods like onion skins, pasta, and bread create a glue-like substance in your drain, resulting in clogged pipes. Remember: your garbage disposal isn’t a garbage can, but a mechanism to break-down small items. Further, fibrous matter like asparagus stems, corn husks, or Brussels sprouts will break down and create a string that wraps around the blades.

Tip Number Three: Fruits Are Loved by Everyone, Including the Garbage Disposal

Putting fruit down the garbage disposal is mostly fine, as long as you stay clear of large amounts, pits, and cores. Another critical thing to avoid is putting banana peels down the drain. Similar to corn husks or asparagus, the peel is too fibrous to break down properly. It’s not all bad, however; citrus rinds are small, easily broken down by the blades, and will clean and freshen the garbage disposal.

Tip Number Four: The Clean Up

It’s no doubt tempting to toss everything into the sink and let the garbage disposal take care of the cleanup at the end of a busy dinner, but before you start chucking everything from the turkey bones to the coffee grinds into the drain, let’s go over some quick clean up don’ts. If the stuffing can’t fit in your tummy, put it in the bin. Likewise, if you’re making multiple pots of coffee, the grinds should go in your garbage or compost.  You may be tempted to pour grease and oil down the drain as well, but this should be avoided; they can clog your pipes and result in more work and cleanup for you in the long run. Lastly, whenever you put anything down the garbage disposal you must run cold water. Start the water before you place food in or flip the switch for an easier and tidier clean up.
If you follow these guidelines (or let’s face it, up until you read this you weren’t following these guidelines) and your garbage disposal is acting up, give Goff Heating/Air Conditioning and Plumbing a call at 903-838-6923 and we’ll be happy to fix the problem.